Situated 356 metres above sea level, Colonna is one of the smallest towns in the Castelli Romani area. Slightly more isolated from the other villages, it stands on the slope facing the ancient consular road Casilina. Rising above the surrounding landscape, peacefully overlooking its welcoming vineyards.

Farming, tranquillity, and a simple life still find their place in modern times. In the main square, whether sitting at tables or walking down alleys, the prevailing topic among locals is focused on the countryside. 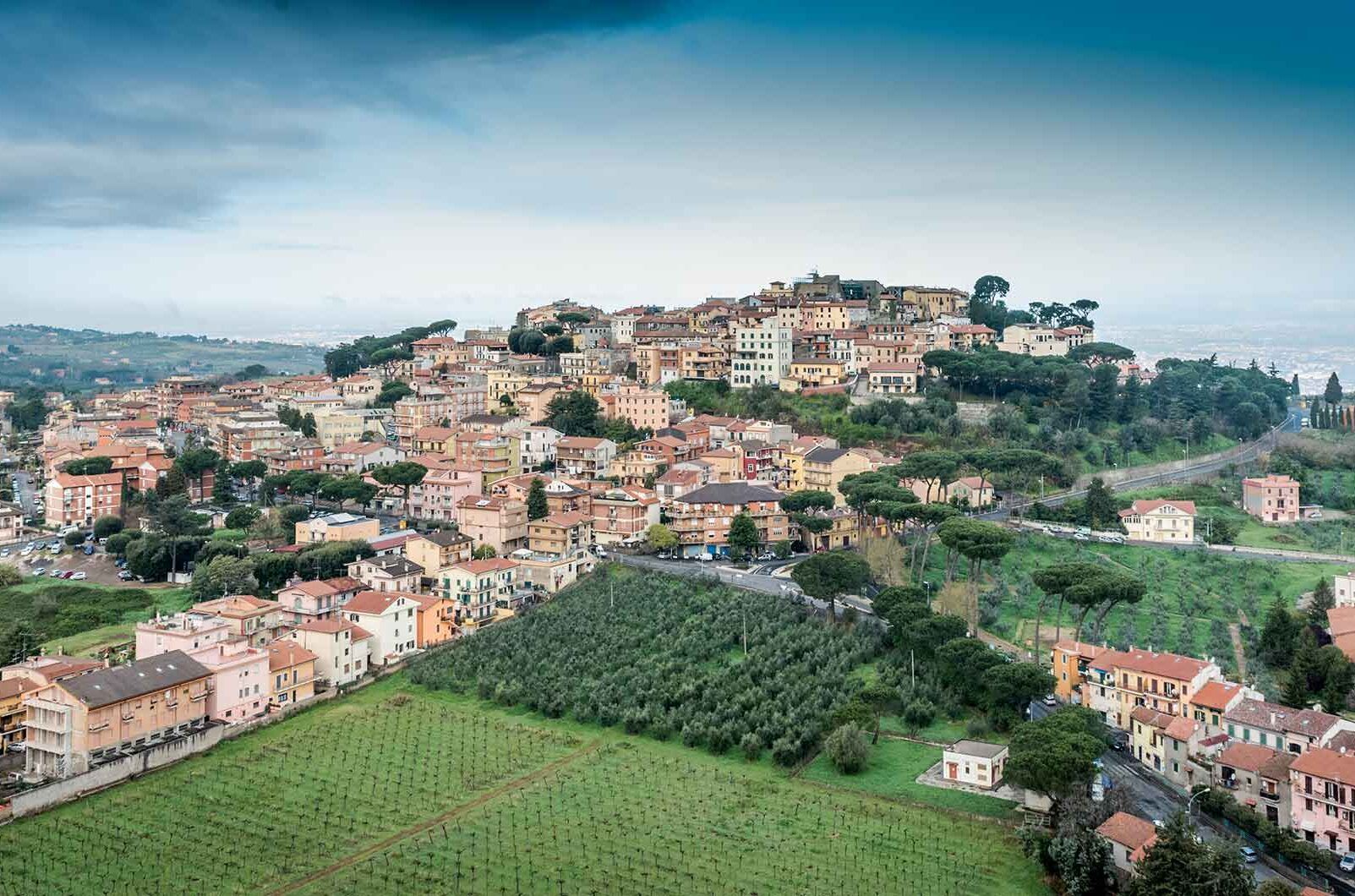 A number of old wine cellars called “tinelli” can still be found in the alleys of the village centre. These were once a valuable source of sustainment for the inhabitants and today some of the locals still prepare their own wine for their household.

In a territory that has always had a strong vocation for wine production, the grapes of Colonna have a long-standing reputation thanks to the fertile volcanic terrains which, being based at the foot of the Monti Prenestini, greatly benefit from the ideal nocturnal temperature variation thus providing the product with outstanding organoleptic characteristics. Added characteristics can undoubtedly be awarded to the amount of experience inherited by the small local growers in grape cultivation and the transformation process.

It is said that the noble and influential family of Colonna took its name from the town when, in 1101, Pietro dei Conti di Tuscolo inherited the territory.

The historical importance of the countryside surrounding the town of Colonna has also been attested by the Fontana dell’Acqua Felice on the Viminale Hill, a fountain supplied by a local spring as reported in the inscription on the fountain itself. The water was praised by Pope Sixtus V for its quality and described as one of the best in Rome.

The town preserves memories of the visits made by the Italian poet D’Annunzio to his wife and in-laws the Dukes of Gallese, who resided in the town centre.

Shopping cart
There are no products in the cart!
Continue shopping